The New Year is just around the corner.

Oshogatsu, or New Year, is the most important holiday period in Japan. There are still many old customs and traditions that are still practiced during this season. We have a lot to do before welcoming the New Year.

Writing New Year's Cards (Nengajo) is one of the things we "must" do in December. Nengajo is a special postcard that Japanese people send to their friends, family members, relatives, and even business clients as a greeting at the beginning of the year. 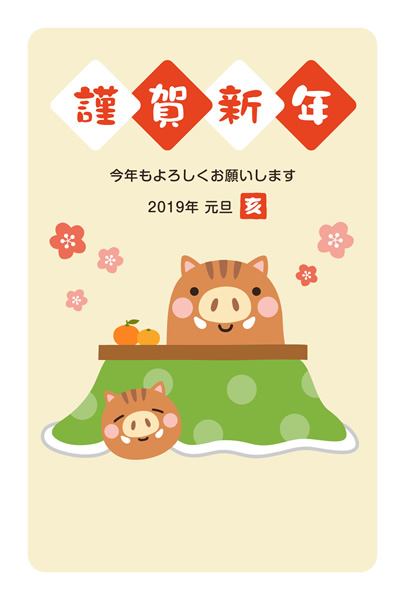 Typical nengajo card with a greeting message and an illustration of boars, the coming year's Chinese zodiac sign.

Cards are generally delivered on January 1st, the very first morning of the year. Post offices guarantee all cards posted between Dec 15th - 25th will arrive at the destinations on New Year's Day.  (Phew! I just finished mine on December 25th! (*_*)) 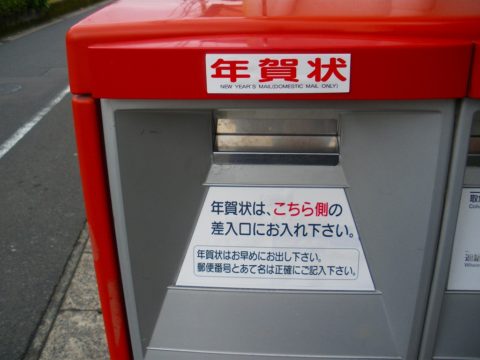 Mailbox for Nengajo cards only.

Nengajo cards have lottery numbers on them and the holders of winning numbers receive various prizes, such as a pair of tickets for 2020 Tokyo Olympic Games, 300,000 yen in cash or an equivalent amount of products, postage stamps, etc. 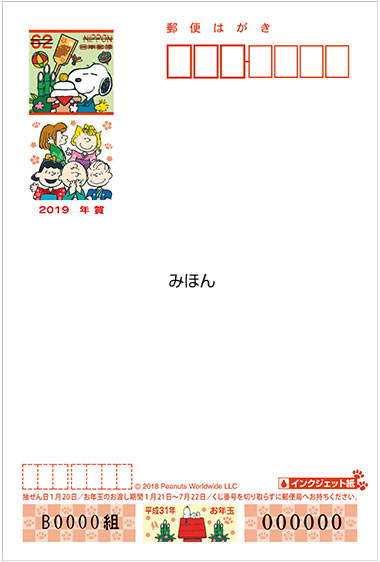 Nengajo card with lottery number shown on the bottom.

The number of Nengajo cards sent in the New Year is declining year by year, but nearly 1.6 billion cards are supposed to be delivered around the nation on January 1st, 2019!

Anyway, there is no doubt that Oshogatsu is the busiest time for the Japanese post office!